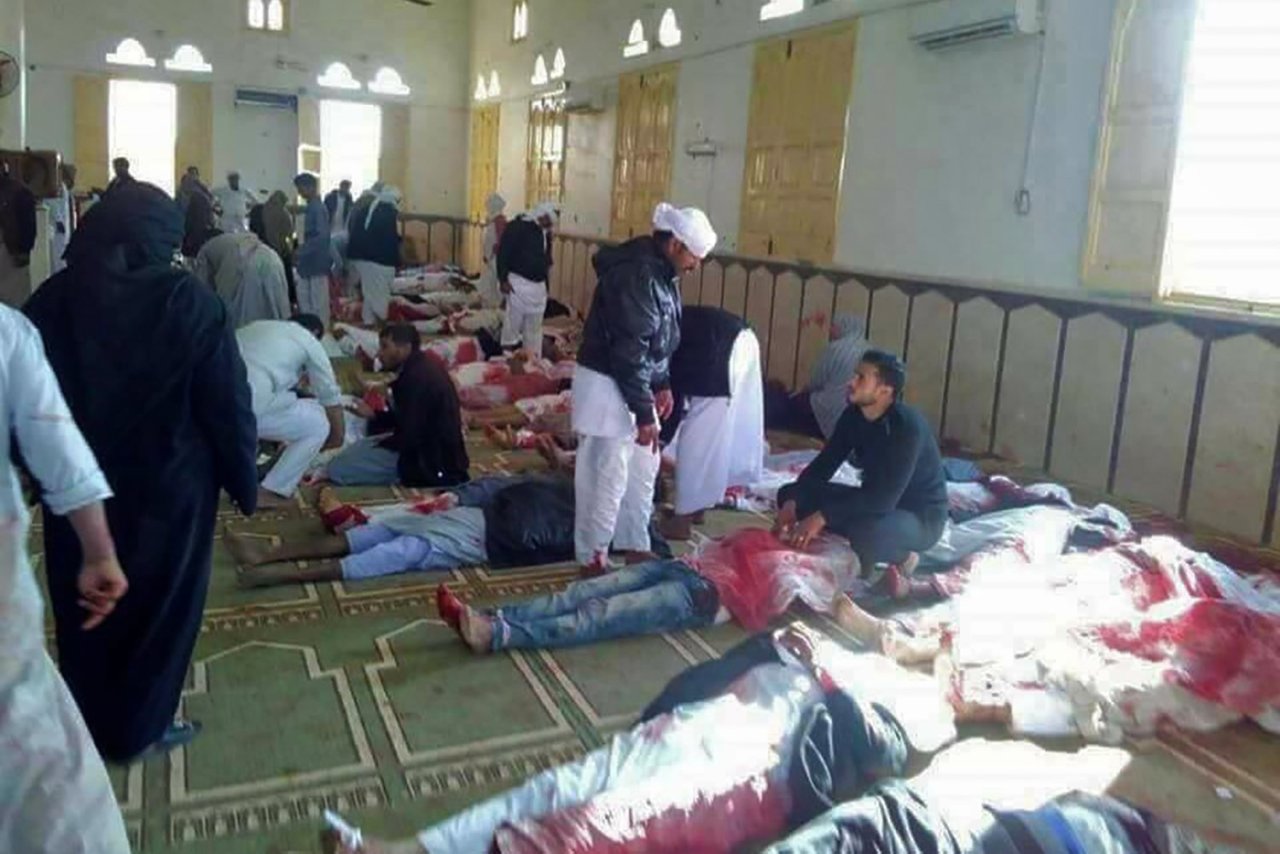 Egyptians walked past bodies following a gun and bombing attack Friday at Al Rawda mosque in the town of Ber al Abd in the Sinai Peninsula.PHOTO: STRINGER/AGENCE FRANCE-PRESSE/GETTY IMAGES

The Egyptian military kicked off a hunt for the attackers of a Sufi mosque in the northern Sinai, a military source said, combing the area of Friday's assault that killed at least 235 people -- thought to be the deadliest terror attack on the country's soil.

President Abdel Fattah el-Sisi vowed to respond to the attack on al Rawdah mosque with "brute force." Some 109 others were injured, Egyptian state media reported.
No one has claimed responsibility, but the strike bears the hallmarks of an attack by ISIS.
The mosque is known as the birthplace of an important Sufi cleric. Sufism is a mystical branch of Islam that some ultra-orthodox Muslims consider heretical.
Read the report on CNN - http://edition.cnn.com/2017/11/24/africa/egypt-sinai-mosque-attack/index.html 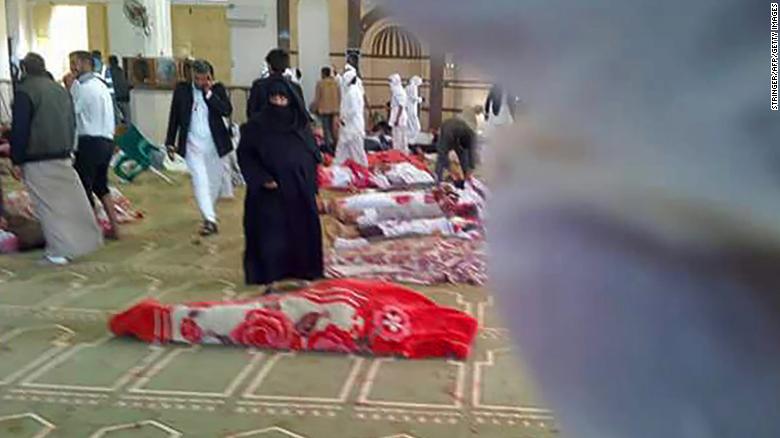 Egyptians gather around bodies following a gun and bombing attack at the Rawda mosque, roughly 40 kilometres west of the North Sinai capital of El-Arish, on November 24, 2017.
A bomb explosion ripped through the mosque before gunmen opened fire on the worshippers gathered for weekly Friday prayers, officials said.
/ AFP PHOTO / STRINGER (Photo credit should read STRINGER/AFP/Getty Images)

CAIRO — Militants detonated a bomb inside a crowded mosque in the Sinai Peninsula on Friday and then sprayed gunfire on panicked worshipers as they fled, killing at least 235 people and wounding at least 109 others. Officials called it the deadliest terrorist attack in Egypt’s modern history.

The scale and ruthlessness of the assault, in an area racked by an Islamist insurgency, sent shock waves across the nation — not just for the number of deaths but also for the choice of target. Attacks on mosques are rare in Egypt, where the Islamic State has targeted Coptic Christian churches and pilgrims but avoided Muslim places of worship.

The attack injected a new element into Egypt’s struggle with militants because most of the victims were Sufi Muslims, who practice a mystical form of Islam that the Islamic State and other Sunni extremist groups deem heretical. And it underscored the failure of President Abdel Fattah el-Sisi, who has justified his harsh crackdown on political freedom in the name of crushing Islamic militancy, to deliver on his promises of security.

“The scene was horrific,” said Ibrahim Sheteewi, a resident of Bir al-Abed, the small north Sinai town where the attack took place. “The bodies were scattered on the ground outside the mosque. I hope God punishes them for this.”

A Sinai police officer said the dead included at least 15 children. A witness put the toll even higher, saying he had helped gather the bodies of 25 children.