Home »Product »“Because of Stalin” – Filming and Research In Lithunania 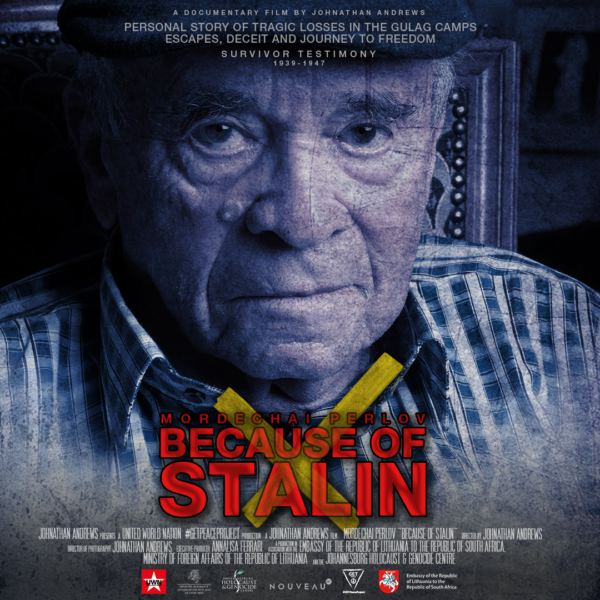 We are travelling to Lithuania during June/July to obtain archival materials and to gather the final story telling elements for the film.

The Embassy of Lithuania in South Africa has agreed to cover 60% of the cost of the trip. We need your support to cover the balance!

“Because of Stalin” – Filming and Research In Lithunania

We have been busy shooting a documentary film with Mordechai (Mordi) Perlov (92 year old living in Johannesburg, South Africa). He is a Lithuanian Jew who was deported in June 1941 from Raseiniai, Lithuania, to Ust'Lokchim, Northern USSR, by the Soviet Red Army. Mordechai tells his story to Johannesburg based filmmaker, Johnathan Andrews.

The world should know what happened.
- Mordechai Perlov

Mordechai, his family and other Lithuanians who were considered as enemies of the Soviet state were taken as prisoners to chop trees in various labour camps in the Komi Republic. The living conditions there were inhumane, with temperatures in winter dropping to minus 40 degrees. He was 15 years old at the time and decided that he would rather "escape this hell, than to die."

The film tells the story of his journey and his attempts to reunite his family, his steps and his resilience to get back a life. This took him through Northern USSR, Poland, Ukraine, Italy, Cyprus, Israel and eventually South Africa, where he became a successful businessman.

The story of Mordechai Perlov is a story of the tragic violation of innocent people's human rights under the communist regime of Stalin, and is an example to us of a man who found meaning and purpose in life despite near indescribable hardships and trauma.

We would like you to get involved with the production funding of the film by making a pledge - we are funding the entire production ourselves and now need your support to make this our best film yet!

The film production is an independent project and independently funded by the UWN #GETPeaceProject with no profit incentive or financial interest by Mordechai.

FILM RELEASE
We are planning to host various film premiere events before the public release of the film:

Crowdfunding capital will be used for:

There are various pledge amounts that you can choose from: