The Story Of Lina Amato

Filmmaker, Johnathan Andrews, presents the true story of Lina Amato, one of the few remaining survivors of the Holocaust now residing in Cape Town, South Africa. 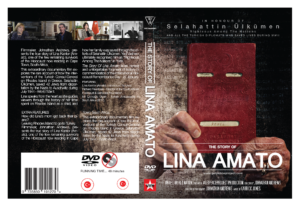 This extraordinary documentary film explores the rare account of how the interventions of the Turkish Consul-General on Rhodes Island in Greece, Selahattin Ülkümen, saved 42 Jews from deportation by the Nazis to Auschwitz during July 1944 - World War II.

Lina speaks from the heart as she guides viewers through the history of her time spent on Rhodes Island as a child, and how her family was saved through the efforts of Selahattin Ülkümen. Yad Vashem ultimately recognised him as “Righteous Among The Nations” in 1989.

The Story Of Lina Amato is an honest and unforgettable story in commemoration of the International Holocaust Remembrance Day - 27 January.

EXTRA SCENES ONLY ON DVD