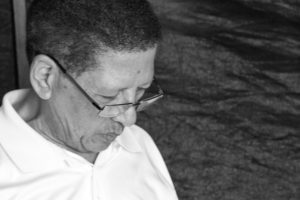 “I watched The Story of Lina Amato created by filmmaker Johnathan Andrews. The story really gripped me. I didn’t realise how long the Germans carried on with this absolute devastation of the Jewish nation. In my book where I touched on the Second World War, I could not mention the Holocaust because I was writing about 1943, and the Holocaust was not news to the world then, it was not known or just ignored.

When you hear the story about Rhodes Island that was so far away from where everything really happened and the fact that they went all the way there, to take the Jews to destroy them, it is just mind boggling!

The film is an important story to tell because, especially in our country, so many Jews ended up all over South Africa and brought so much to the economy of the country.

For fifty years the National Government (who was in charge of getting the history books written), were supporters of the Germans. So, the WWII story was never extensively written about and there was almost nothing about the Holocaust and that is why I feel this is such an important story – with a real person.

Sometimes we wait too long to tell these stories and then people die, but here Johnathan managed to get hold of Lina who has survived, then, and has still survived all these years. It is great and it’s an important story. I’m very grateful that it gets the attention it deserves because it resonates – if you think of the people who did not write the history of this country, they were the oppressors, and what one could almost see in the way that Apartheid went down here, is why they were siding with the Germans. Because it was also a sort of ethnic cleansing. You were not white, you were not part of the “Herrenvolk” in South Africa and we as people who were not part of that “volk” – we got that devastation. Not in this way, as there wasn’t an Auschwitz, but there were little pockets of destruction all over the country.

It is a very important story. I believe that it’s a story we as South Africans should know, because what Madiba said was: “never, never and never again.” This also resonates in my view with the Jewish story of the Holocaust. There wasn’t just one oppression, there wasn’t just one oppressed nation, man seems to oppress other people all the time and it never stops. So, congratulations Johnathan I think it is a very important documentary film.”