This extraordinary documentary film explores the rare account of how the interventions of Selahattin Ülkümen (Turkish Consul-General on Rhodes Island, Greece), and the actions of two Italian school teachers (Bianca and Girolamo Sotgiu), saved 42 Jews from deportation by the Nazis to Auschwitz during July 1944 - World War II.

The film is an honest and unforgettable fragment of history, beautifully presented and told from Lina’s heart as she speaks about her time spent on Rhodes Island as a child and how she and her family was saved through the efforts of Ülkümen and the Sotgius. Yad Vashem ultimately recognized Ülkümen as "Righteous Among The Nations" in 1989 and the Sotgius in 2015.

The film premiere of The Story Of Lina Amato took place on 27 January 2018 in commemoration of the International Holocaust Remembrance Day.

The Story of Lina Amato was the first documentary film which is released under the project - Lina inspired the founding of the #GETPeaceProject.

The film premiere took place on 27 January 2018 - it was an exclusive single event in collaboration with the Turkish Embassy in Pretoria and the Johannesburg International Mozart Festival.

During July 2018 the film was screened in association with the Holocaust & Genocide Centres in Johannesburg, Cape Town and Durban for Rhodes Deportation Commemoration, with an independent screening which was hosted in Pretoria at Jaffa.

The film had a short season of screenings at The Biocsope Independent Cinema in Johannesburg during October 2019.

ATTEND THE NEXT FILM SCREENING

The the next screenings will be posted here when scheduled.

We are at present arranging for special screenings in Italy. Please send an email to get updates about this: info@getpeaceproject.com 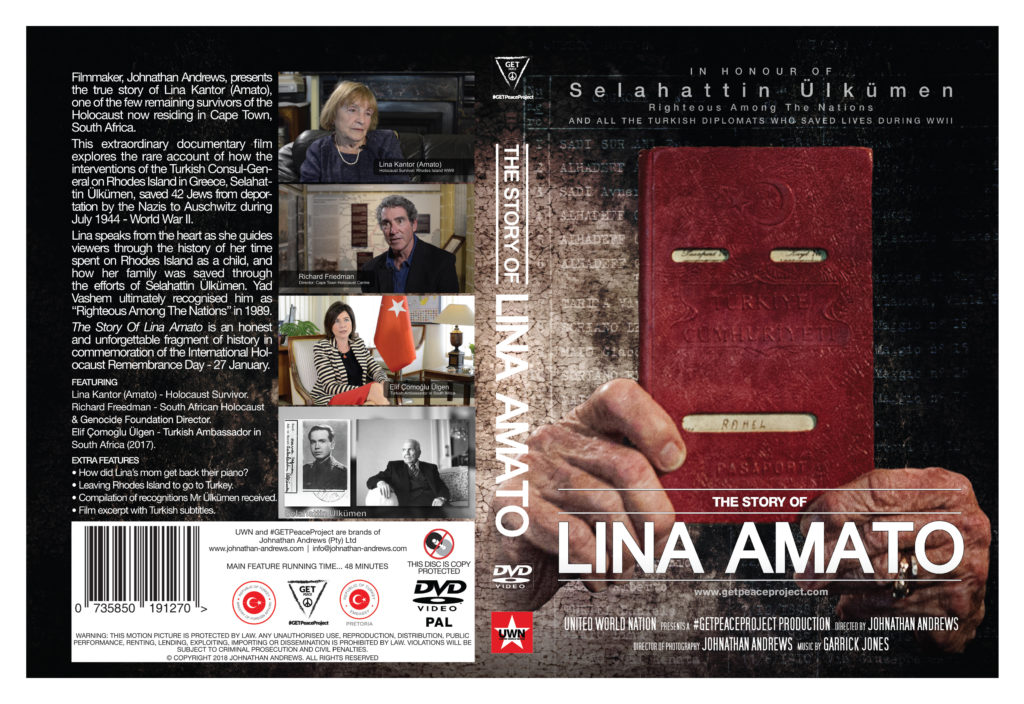 REQUEST A SCREENING OF THE FILM

To request a screening of The Secret Survivor please contact Johnathan Andrews. 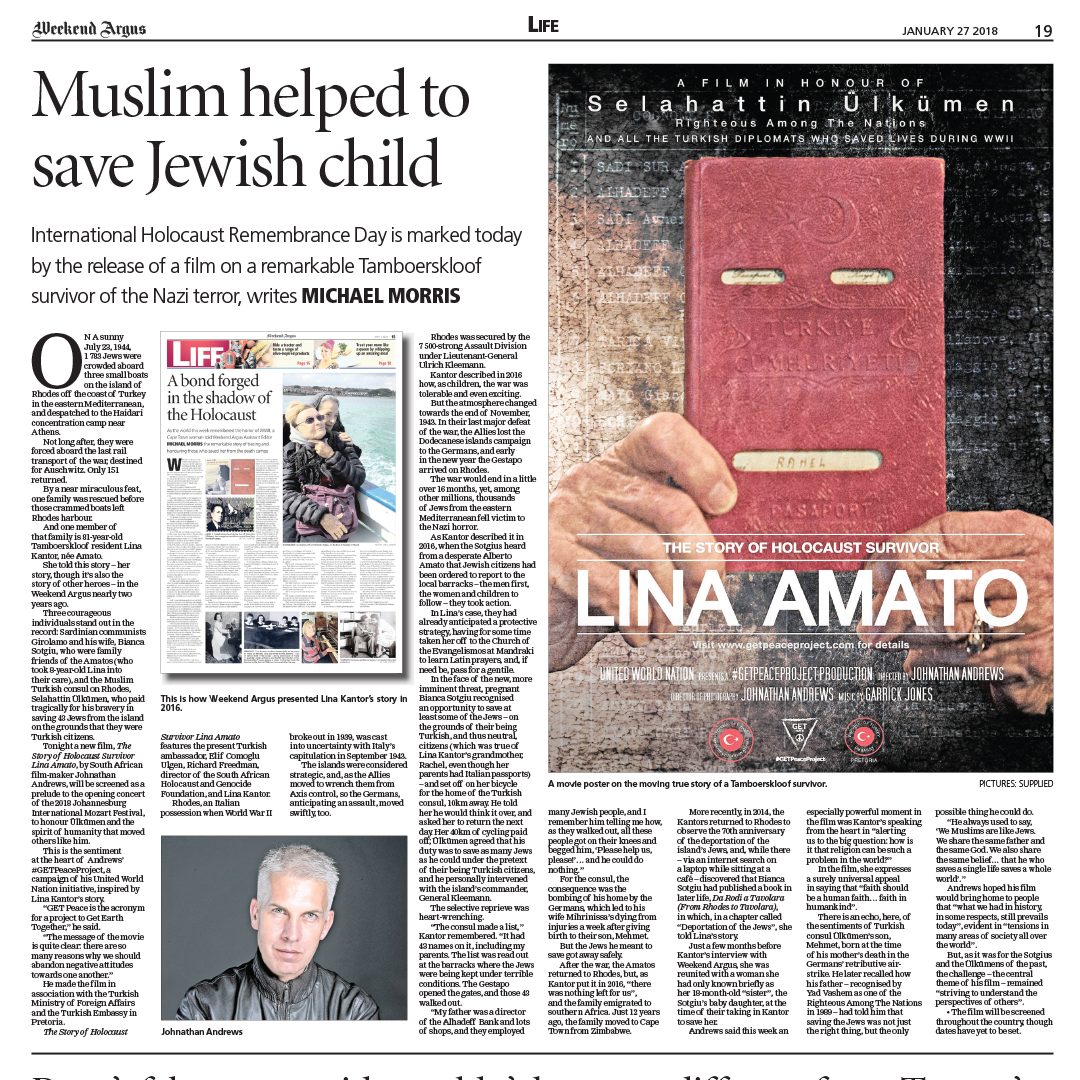 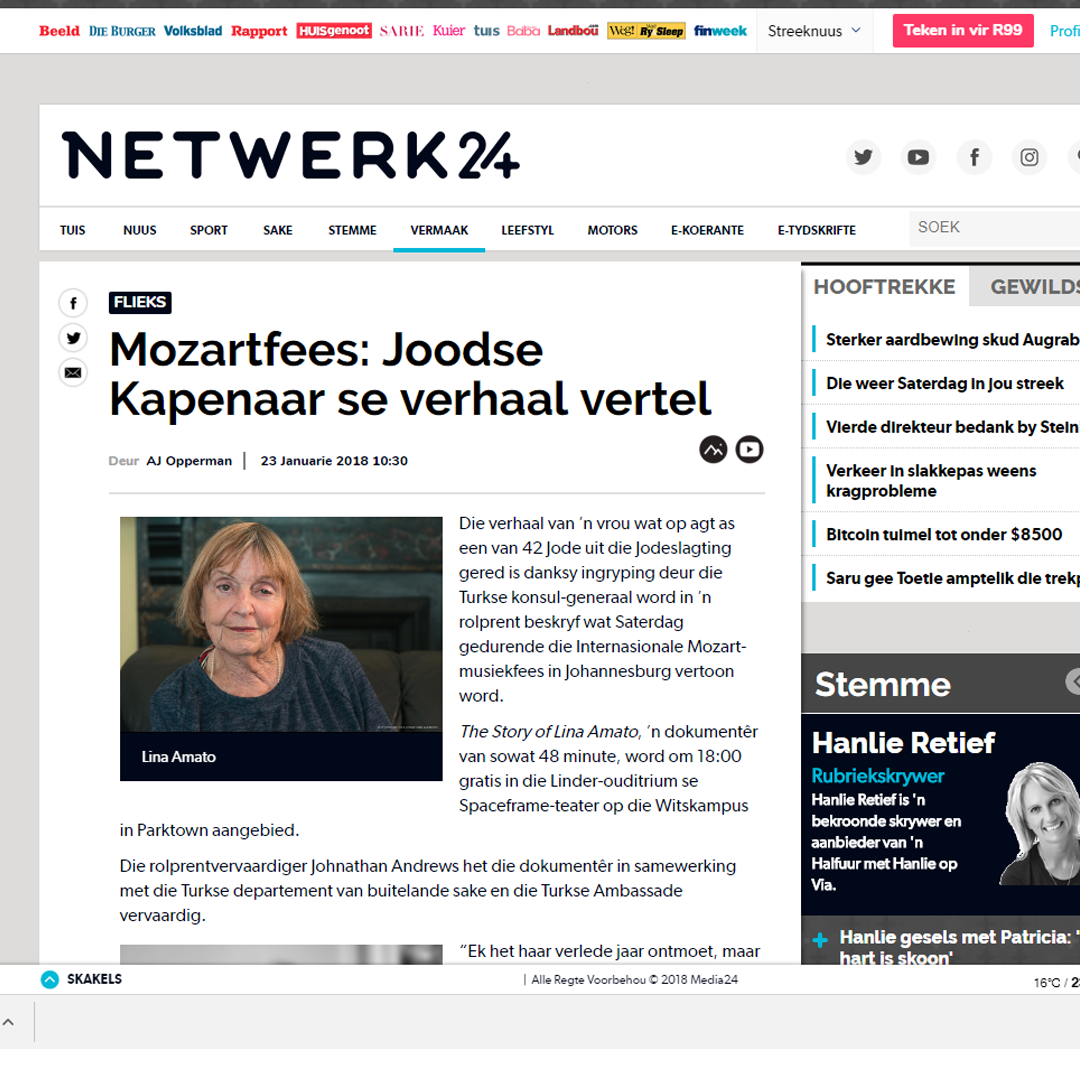 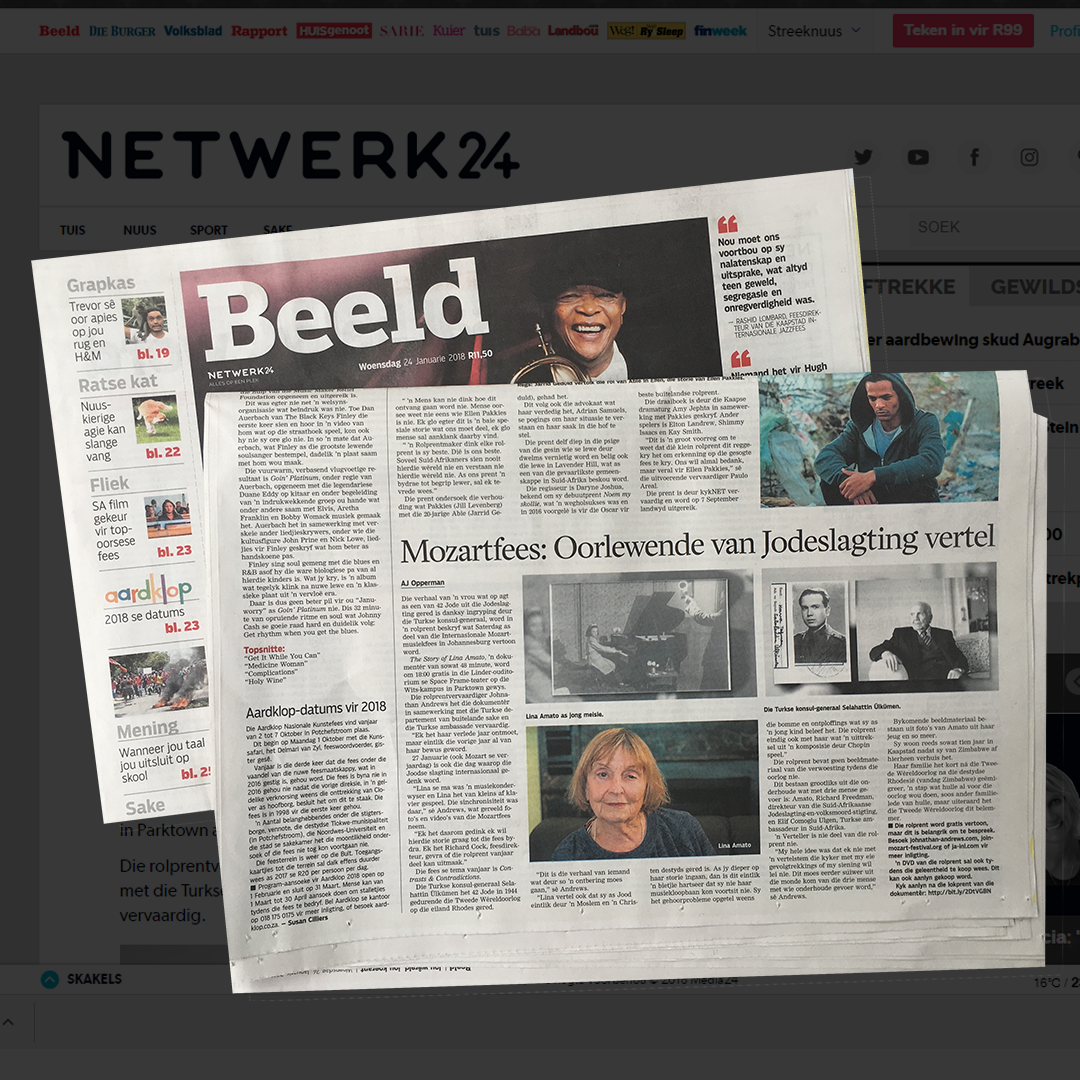 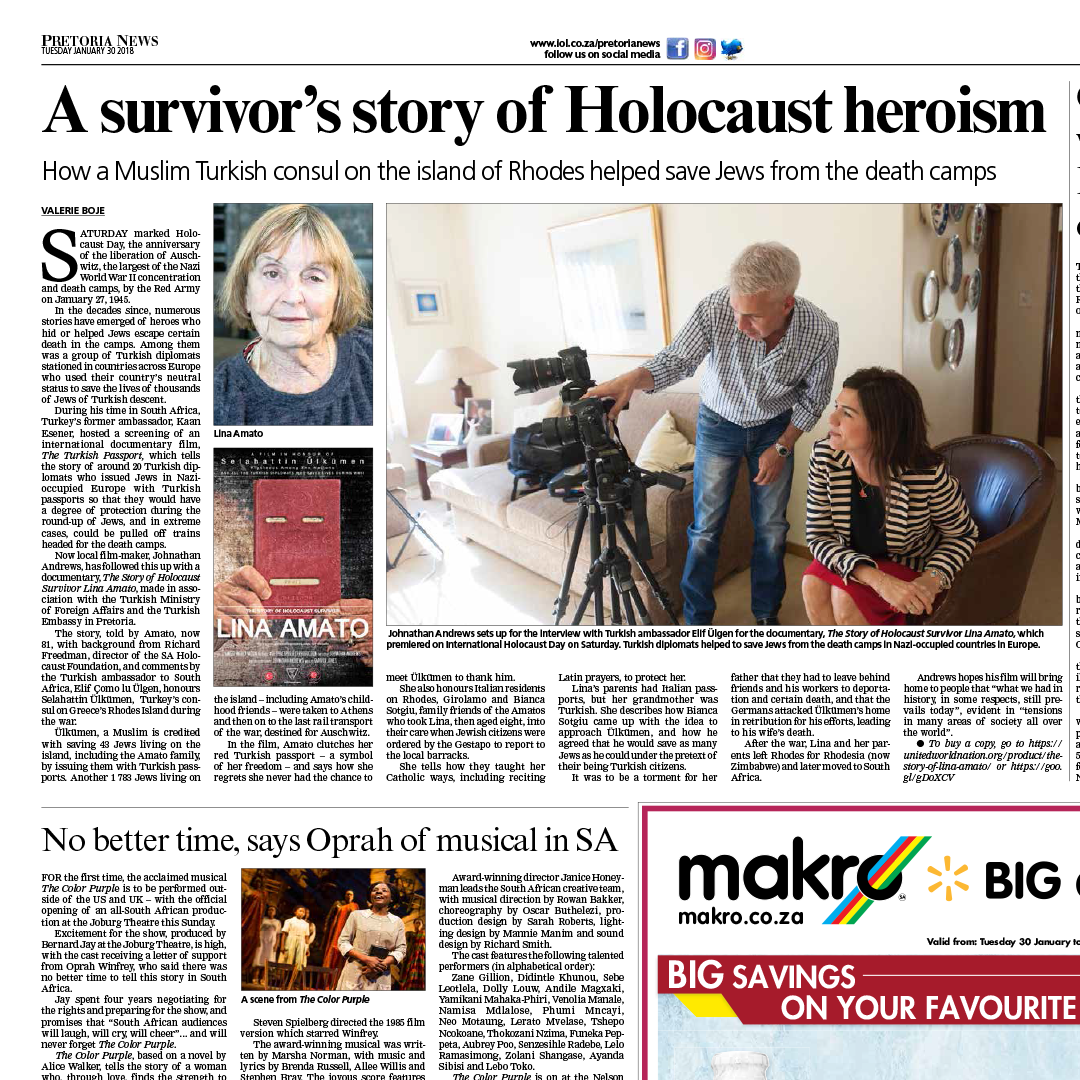 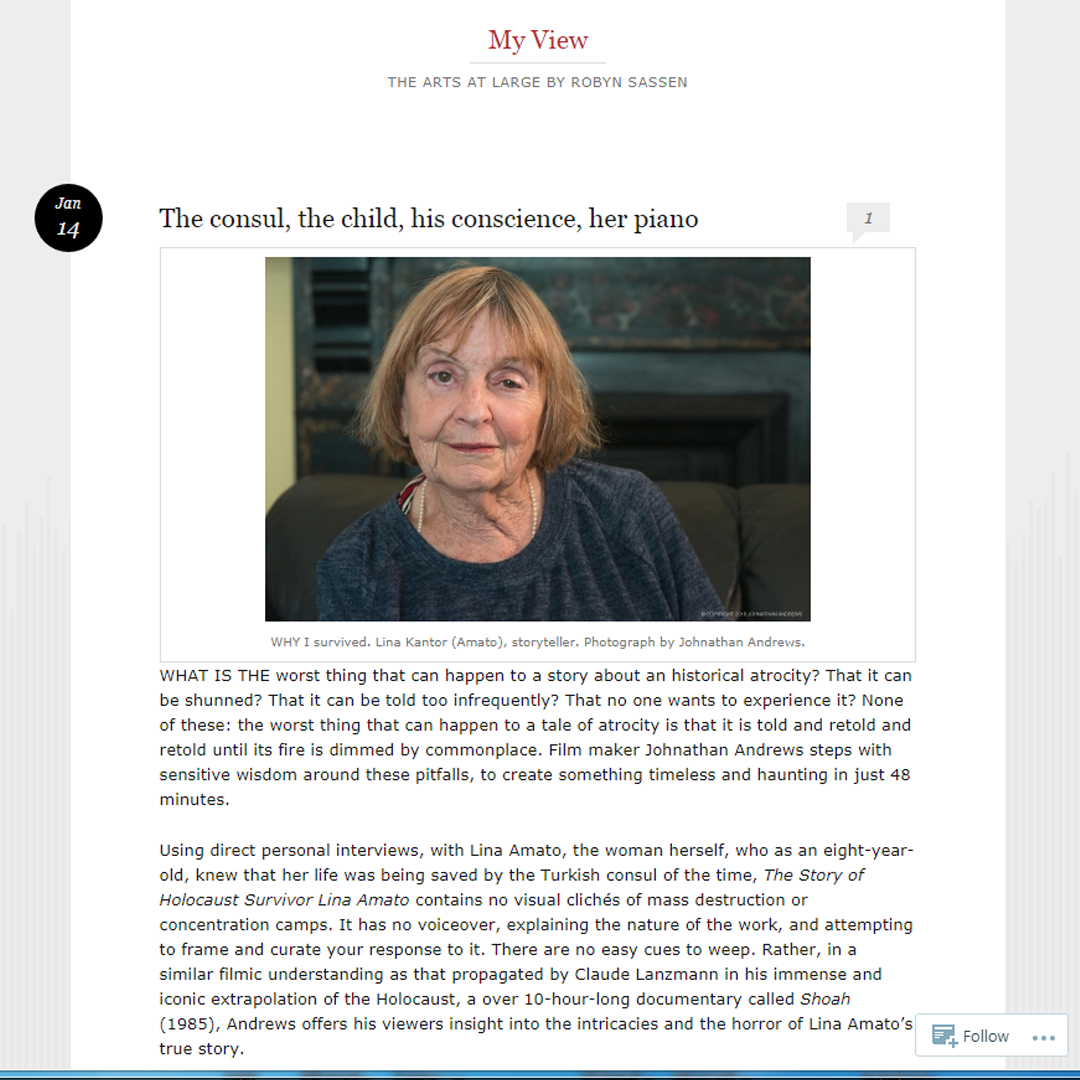 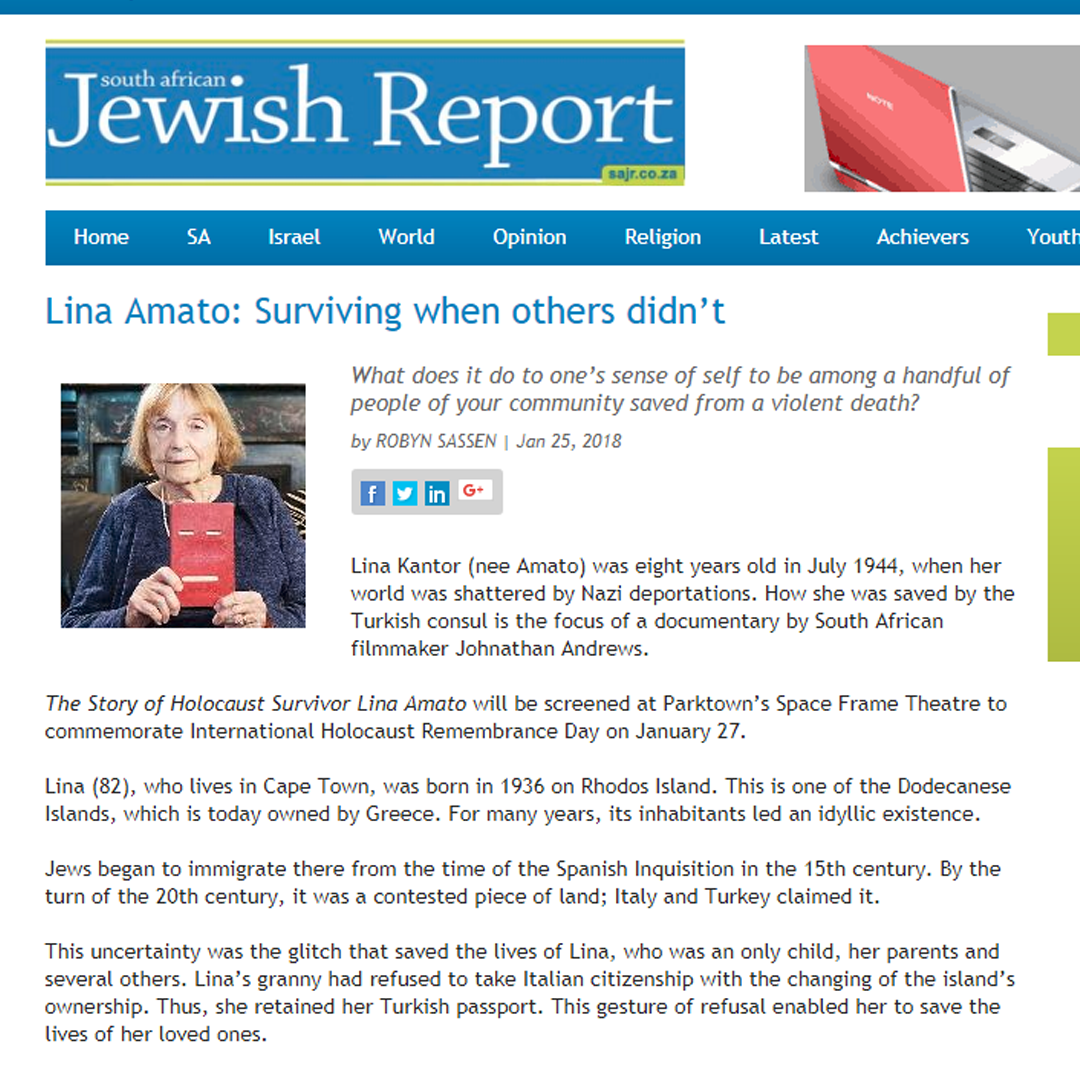 Thank you @2JewishZA for the chat today on @chaifm about my new film and the Lina Amato movie screenings in July! #GETPeaceProject pic.twitter.com/jEN7GlGw8l